How to take a screenshot

Some survivors of abuse or stalking may want to take a screenshot of their computer or their phones so they can document evidence of harassment.

Let’s start with taking a screenshot on your computer. How you take a screenshot depends on whether you’re using a Windows PC or a Mac.

If you’re using a Windows PC, the first thing you want to do is have the image that you want to screenshot up on your screen. Like this.

Then, on your keyboard, find the key that says Print Screen. Sometimes it may be abbreviated. Tap the Print Screen button. Essentially, what you’ve done is taken a photo of the screen. Next, you have to save that photo somewhere. The easiest way is to open a word document and paste that image into the word doc. You can paste the image by going to Edit, then Paste. OR you can tap the keys CTRL and the letter V at the same time to paste the image. After you’ve pasted the image into the word document, save the document somewhere safe.

The process is a little bit different if you’re using a Mac computer. Make sure that whatever it is that you want to screenshot on the screen. Then, on your keyboard, tap the keys COMMAND, SHIFT, and the number 4, all at the same time. Your cursor will become a cross symbol. Drag the cursor across the parts of the screen that you a copy of. When you let go of your mouse, the image you copied will be automatically saved as an image on your desktop.

There are many ways for you to store these images. You can drag them into a folder and keep them on your computer. OR you can save the image to an external hard drive OR you can email the image to yourself or a friend.

Now, say you want to take a screenshot on your phone.

Again, start with having whatever it is that you want to save on your screen.

On iPhones (except for the iPhone X), you take a screenshot by pressing the Lock button and the Home button, at the same time.

If you have an iPhone X, you take a screenshot by pressing the Lock Button and the Volume Up button at the same time.

On both Android and iPhones, once you take the screenshot, it is saved to your Camera or Gallery roll. You can keep the screenshots on your phone or you can email or message the screenshot to yourself or a friend.

Before you document, always think through about potential safety risks when documenting evidence.

If you think your computer is being monitored – either by spyware or a parental monitoring software – the person monitoring your computer might know that you are taking screenshots on the computer.

On a smartphone, if someone have access to the photos and videos you take, they might know that you are recording screenshots.

If you think this will be a safety issue, consider taking the screenshot on a computer that isn’t being monitored, such as a computer at the public library or a friend’s computer. On a phone, rather than using the phone to take the screenshot, you can use a secondary camera to take the snapshot of the screen.

For more information about general documentation of evidence, read our Documentation Tips for Survivors of Technology Abuse and Stalking handout at TechSafety.org.au. The handout is part of the Women’s Technology Safety & Privacy Toolkit.

If you think someone is monitoring your devices, visit this website from a computer, tablet, or smartphone that isn't being monitored. Exit from this website and delete it from your browser history. For more information, visit this page.

If you would like to use any of our resources, please read our Permission for Use guide. 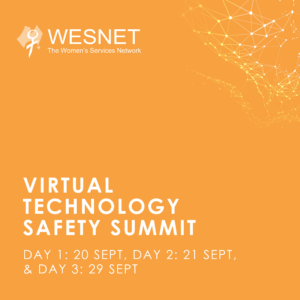